There are so many factors that can easily make a woman memorable to a man because according to the ancient sayings, that still ring true in our today’s world, beauty is in the eyes of the beholder.

There are so many different things that a guy finds memorable in a woman, and this easily ranges from their natural charm to the particular things they do better, characteristics, etc.

We all know that physical attraction is important, but a huge number of mature men find emotional appeal as one of the most attractive qualities in a woman. One thing you should know is this:

What Makes a Woman Memorable To a Man? 9 Vital Signs. 1. She Can intelligently Debate Her Point.

Do you know that men love women who can debate intelligently, like providing proofs in a debate? Most men are attracted to women who can intelligently convince you with proofs without unnecessarily becoming aggressive or playing emotional or mind games.

Related: 9 Texts To Get Him Chasing You.

I once watched a video where a man said his wife was not beautiful when compared to some ladies in a conference room, but when she stood up to speak, she commanded their attention and he couldn’t help but be more in love with her, because she’s intelligence and can hold her ground in a debate.

A guy would love to have a girl who is knowledgeable and informed about diverse issues, but it does not necessarily mean she has to know everything. No, she just have to have an interest in something they can always discuss. A woman is likely to be remembered if she conveys substantial issues when she opens her mouth.

A lady capable of holding her own during an argument is unforgettable to her guy.

2. His Friends Likes Her.

There’s something about guys ladies need to understand. If you are dating a guy and his friends likes you, like truly likes you, you’ve won friends that will fight unknown battles for you. Because they will always praise you, and if he cheats, he knows that his friends won’t be happy with him.

ALSO SEE: 100+ Flirty Texts to Make Him Laugh and Love You More

If other men find her presence joyous, she will be memorable, because even if the relationship breaks up, his friends will always bring her name to any discussion they’re having regarding women, dating, relationship, etc.

It does not necessarily means she must be sexy or beautiful beyond imagination, no, its probably because of her general aura and personality that attracts guys. She has a unique behavior that the men around her find intriguing would love to benefit from.

3. She Makes Achievements in Her Career.

There are some believes in our society today that men are intimidated by successful women. The tides are changing, and this statement is all shades of wrong. Because now, men wants to get acquainted with someone who has achieved something in their life, career, etc. A woman capable of providing for herself, children, and not 100% depending on a man to provide everything.

Truth is in seen in one of the most annoying questions majorly asked by men in social media’s like “What does a woman bring to the table”?

Most guys who are working, successful in their careers would love to have an ambitious woman in their life. This is a woman who is focused on her life, who has dreams and goals and has achieved them too. A successful man wants a woman who he knows is capable of inspiring and propelling him to higher levels.

Successful men believes that a woman who achieves a lot does not settle for less, help those around them, and yes, they are aware as her boyfriend/fiancée/husband, they would be the greatest beneficiary of her achievements.

4. She Is Confident and Believes Herself.

Another characteristics that makes a woman memorable to a guy is this: A woman capable of thinking for herself, acts goofy, thinks and behaves in an out-of-the-box way. It shows she is confident in herself, and sociable.

Various studies have shown that men non-conformist women more attractive than conformists women. It could be due to their risk-taking or their fun-loving nature. However, it does not necessarily mean you need to be a weirdo though.

There is an Africa’s adage that says “the way to a man’s heart is through his stomach.” Don’t you find it funny how guys who are very much interested in marrying a woman wants to register her in a culinary school, even if it’s for a few months?

Many guys decide to marry ladies based on their culinary skills. I have read of guys complaining that their new girlfriend does not cook good food or that their ex meal is better.

A man can learn how to cook, but it’s not truly necessarily or among most women’s top list, that their man must know how to cook. However, most men out there wants a woman who knows how to cook and can easily prepare a meal when necessary. A woman must never underestimate the power of cooking skills. It may sound outdated, sexist, etc, but culinary skills make a woman memorable.

Another reason why majority of men find certain women unforgettable or memorable is if she is a good listener. When a woman is a good listener, there’s a very high possibility that she becomes a man’s weakness. No guy wants to date a woman who quickly jump to conclusions and freak out before hearing the full story. Men feel that a woman who is a good listener will not act on what she is told, but will wait to hear both side of the story, before taking any action.

A woman, who allows a guy to talk to her freely and deeply without interrupting or judging, gains trust and confidence from him. This is another reason why some men make their wife their confidante, because she is capable of listening without judging. And this bring us to the #7 reason how to make a woman memorable to a man.

7. She is Secretive and a Confidante.

It is true that lovers tell each other stuff, some of which are personal, others for soul-searching. However, one mistake some ladies do is this, whenever you have an issue with a guy and spill the secret things he told you confidentiatly, he’ll never trust you again.

A woman capable of keeping a secret becomes her man’s confidante, a repository of her man’s soul and his psyche’s guardian. A woman must who never betrays her man WILL CERTAINLY be memorable to him, because he knows he can tell you anything, and when a man trust you this much, he will tell you everything.

8. She Appreciates Him and His Efforts.

If as a woman, you know how much men preferred to be pet, and appreciated, you have his heart already. A man will never forget a woman who appreciates his effort, no matter how small or big it is.

Don’t be deceived, there is no perfect relationship, but putting constant effort to improving yourself, your guy will certain make the relationship stronger and beautiful.

Women should learn how to appreciate the effort her man puts into something he is either doing for her, the family, oetc, even if he did not meet her expectations. Appreciating his effort will put a smile on his face, even if he does not show it there.

9. A Woman with a Good Sense of Humor.

No, I am not saying that you have to be a comedian to be memorable to a man, but men hardly forgets a woman who knows how to have fun, and have a sense of humor. No man wants to spend most of his time with a dull, gloomy partner who hardly see anything to laugh about, talk, etc, you’re passing him the vibes that he is boring, or you don’t find his company interesting. This is certainly a red flag for men.

However, a woman who is capable of making her man laugh, should be rest assured that he will always value her company, and there is a higher chance that he would love to spend his time with you.

Men believes that a woman with a good sense of humor can cheer him up when he is emotionally drained. 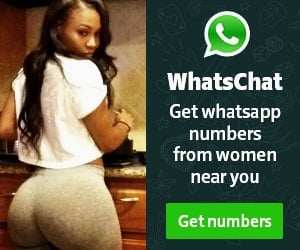